Among the many mysteries at the back of the bar is the abundance of alcoholic drinks named after birds, particularly spirits. Liquor brands in the 19th century were typically named after a person, a place, or an animal; perhaps birds became popular because of the feeling of soaring high and being free spirited, which reminds people how you feel from drinking alcohol.

From Ireland to Kentucky, well known labels such as the ones mentioned below have been around for years.

Redbreast is a single pot still Irish whiskey distilled at the Middleton Distillery in County Cork. The name Redbreast first appeared in 1912 when Gilbeys sold “Redbreast” J.J. Liqueur Whiskey 12 Years Old, a reference to the robin redbreast. The chairman of Gilbeys was said to be a bird enthusiast, and the name has signified quality Irish whiskey ever since.

Considered one of the most popular single malt whiskeys in the World, the Famous Grouse consists of blend from The Macallan and Highland Park. 19th-century merchant Matthew Gloag wanted to use an iconic Scottish image for his whisky brand, so being Scotland’s national game bird he opted for the Red Grouse. It was originally The Grouse, but as more and more people enjoyed the whiskey they naturally changed the brand to ‘famous’. In 1984 Grouse was awarded a British Royal Warrant, basically meaning it is officially backed by royalty!

Grey Goose is a premium vodka produced in Cognac, France. Created in the 1990s by American businessman Sidney Frank, with the help of cognac producer François Thibault, it has earned itself the title as one of the best Vodkas in the World. Allegedly, the name Grey Goose was inspired by geese drinking from the fountain in front of the Hotel de Ville, where it is made.

It is not just spirits that feature bird themes though ….. It is said that cocktails were once considered to be a morning beverage (if only that was the case now!), and the name cocktail was derived from the bane of some people’s existence, the rooster. Also known as the cockerel, announcing the morning light of day, the nickname for a ‘mixed drink’ seems very fitting. 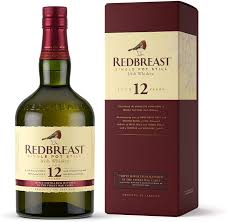 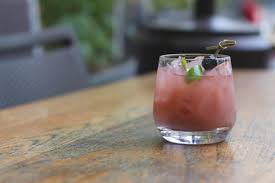