The integrated “standalone” bird dispersal system for use in a wide range of diverse locations.

The Scarecrow 360° System comprises a standard Scarecrow 180°™, together with a Scarecrow 360°™ slave unit to provide the full 360° broadcast coverage and dispersal - a typical application would be centrally placed in a crop field.

• Able to work without human intervention

• Additional features include Scarecrow's recently patented application of how the sound is broadcast from the three built in speakers. Each speaker is on it's own independent speaker channel, with each having it's own volume setting as well. There is an automated option of variable volume, which sees the sound getting louder and quieter during a broadcast.

The combination of features, including the distress call sound sweeping from one speaker channel to another, and the automatic variable volume during broadcast, increases confusion and worry in the target bird(s) - their perception is such that they believe one of their own kind has been caught by a predator (hence emitting the distress call) and that either the predator is on the move, or maybe there are multiple predators - in any event there is added concern, and dispersal invariably follows for their own self-preservation. 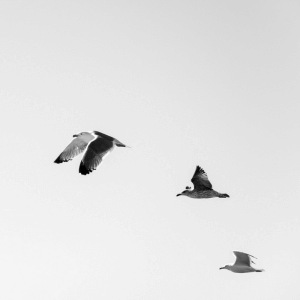 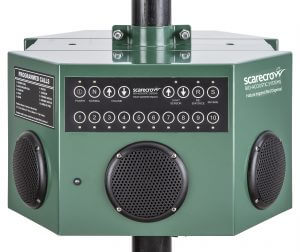 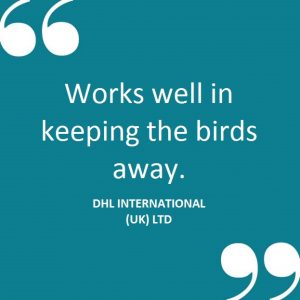