Indeed many ancient cultures viewed these birds as dark and demonic. How could a “harmless animal” be considered, and portrayed in some films, to be so evil?

Crows are large black birds found all over the world. Large and black with a “caw caw” sound that is often thought as harrowing when compared with the sweet sounds of other species. The birds are scavengers, feeding on carrion – in ancient time’s people strongly associated Crows with war and death and maybe the birds natural reaction of “mobbing together” to help each other and attack predators, has contributed to its bad press. Given this background, it is of little surprise why Hitchcock chose Crows when you think back to some of the scenes in his 1963 classic “The Birds”, about a series of sudden and unexplained violent bird attacks on the people of Bodega Bay!

Ravens, along with Crows, have a “bad rep” as death eating evil black creatures – they too feed on carrion. They are a little larger and have a deeper call when compared to their “cousin”, the Crow. It’s not all bad news for the Raven though – myth and legend has it that the future of both England and the Kingdom relies upon the continued residence of Ravens at the Tower of London, for according to legend, at least six ravens must remain “lest both Tower and Monarchy fall”. The Tower of London Ravens consume 6oz of raw meat, and bird formula biscuits soaked in blood, each day, along with the occasional whole rabbit – no wonder these birds are considered scary!!

And just to add to the mystique, of course the “Three Eyed Raven” featured heavily in the global epic series, Game of Thrones.

Whilst Crows are fairly social birds, Ravens tend to be more solitary – both Crows and Ravens are however some of the most intelligent birds, with Ravens being capable of talking beter than some parrots, and mimicking noises such as car engines, toilets flushing and even other species bird calls!

Both Crows and Ravens are members of the Corvid family. This family of birds is made up from a variety of species, including jackdaws, rooks, crows, ravens, magpies and jays.

Crows can be a nuisance birds to farmers, constantly eating crops; and they can be quite fearless towards humans – just ask the residents of Bodega Bay!!

Do you need any help getting rid of these ‘evil’ birds? Are they a nuisance, stealing crops, dropping berries, guano and generally being a pest in unwanted areas? Scarecrow can deal with that for you, with our wide range of Urban, Agricultural and Airside products and our distress call library, we are here to help scare off nuisance birds all year round. 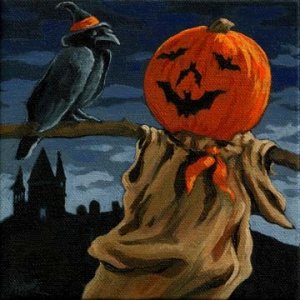 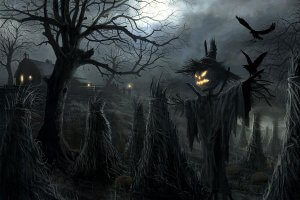