What is nesting season? and why is it important to consider the impact that nesting may have both on properties and people alike?

Lee Pannett, Director of Scarecrow Group Limited, said ” The on-set and early period of the nesting season always sees a spike in business for Scarecrow – this is driven by the noticeable increase in the numbers of birds people are seeing, coupled with the common problems that increased bird numbers and their nests may cause. Demand for our systems to help remove the unwanted birds’ increases fairly significantly”.

A bird’s nest is the location that birds chose to lay and incubate their eggs, and raise their young. Whilst often the nest is a structure made by the bird (often the female) itself, this is not always the case, and for some species of birds it could be a shallow sand depression, or use of a part hollowed tree.

Nesting typically runs during the Spring/Summer months, for both northern and southern hemisphere locations – so here in the UK this would be February through to July/August, although in some cases these time frames can be extended.

The nature and location of nests vary from specie to specie – Rooks tend to nest at the top of bare trees, so it can be relatively easy for us to see them. Blackbirds and Robins are more cautious and protective of their nesting site; if you are fortunate enough to have these birds nesting nearby, you may observe them stopping to check if they are being watched, before they head into their homes, which may be in a hedge or covered trees. Constructed nests will be from a variety of materials – often twigs/sticks, moss, mud ,leaves ,feathers , saliva ect.

The nests built in more urban areas, say on buildings and bridges, or alternatively off shore platforms, are where Scarecrow systems are mainly put to use. Often birds prefer these types of location. They are typically more “Protected”, from not only predators, but also adverse weather conditions, if they use the roof pitch as protection. For sea birds a nice roof top is seen as a safe haven when compared to a rocky cliff face open to the elements, as well as temperatures in urban locations being the odd degree warmer.

Some of the more general problems that could come from the birds nesting are things like:

On locations like offshore platforms, guano can cause more specific problems with dried guano impacting on helicopter clean air intake, whilst safety markings can be easily obscured.

In addition to the above, as the young grow, and demand more food, there is increased bird activity and “attacks” by birds on people carrying food, or school children eating their lunch, are often reported.

It stands to reason then that the best way to tackle such issues is prevention. This is ideally means taking suitable action that will prevent that birds nesting in the first instance. This is especially relevant with some problem bird species, for example various Gull species, that are known to be fairly territorial so return year after to the same site for nesting – in this case, with the young also returning, the problem is only likely to get worse each season.

Lee Pannett added “Ideally, for those choosing to use a Scarecrow system, the system would be installed and activated to protect the target area prior to any problematic nesting commencing. Our systems are well known for the broadcast of species specific distress calls. Different species give off their unique distress call when caught by a predator. As such, the target birds perceive the location to be a hostile area, due to that broadcast. Therefore, the birds would prefer to nest elsewhere.”

“If nesting has already commenced, then there is always a risk that the parent birds will look to protect any nest/eggs, or later their young, and may sit out the apparent threat (the broadcast), If any of the birds start to habituate to the call there may be a lower level of overall dispersal than would otherwise be the case.”

“Those with responsibility for the up keep of a property have a number of option open to them in terms of deterring, and getting rid of, nuisance birds – some are more humane than others; the Scarecrow product range is as humane as it gets, in using the birds own evolutionary method of communication to escape from a dangerous area”

If nesting has already commenced, then Scarecrow recommend that, where possible, the nests are dealt with professionally, and with a proper clean/disinfectant of the locations to remove guano. This may of course not always be possible, with different regulations applying to differing species around the world. 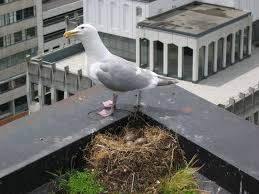 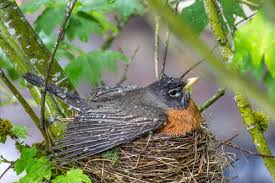