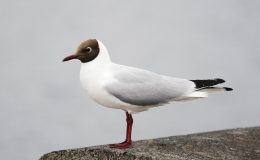 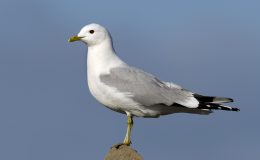 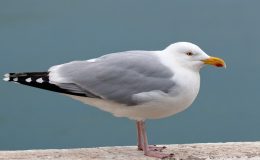 • There are several species of Gull.

• “Urban” Gulls are growing in numbers in mainland towns – roof tops offer a similar safe haven to cliff tops/cliff faces – they provide open, sheltered spaces and predator access is limited. Roof tops are often a few degrees warmer than cliffs, so breeding can commence sooner, and/or can lead to a better survival rate for chicks.

• Gulls will mate for life, can breed from 3 years, and will typically have 2-3 eggs per clutch – once per year, timing dependent on specie and geographic location.

• Incubation is about 25 days, and the chicks spend about 35-42 days in the nest

• Gulls typically “return to site” year after year as they are fairly territorial, although will share “roof tops” with other species of Gulls. If chicks also return to “their site”, any problems experienced now are only likely to increase in line with an increased volume of birds present, year on year.

• Nesting gulls will be tenacious in their desire to protect the nest/eggs/chicks – this would include occasional “dive attacks” on people going onto the roof.

• Typical problems will include bird droppings (Guano) and possible corrosion and blocked gulley’s/drainage issues. Guano generally is known to be a source of bacteria which can be transmitted to humans and ultimately lead to disease.

• Distress Calls are a birds’ natural, evolutionary way of advising each other of imminent danger – it is a different call to an Alarm call, which informs that a predator may be in the area. The Distress Call is a “call to action” and is typically specie specific.

• Most “Gull” species natural reaction on hearing its distress call (the different species have their own slightly different call), is to initially take to flight, and circulate above the “point of threat” – in this case the point of broadcast. The purpose of this is to observe the threat from the safety of flight before taking any considered appropriate action.

• It is fairly common that at this stage more Gulls will be attracted and join the circulating group, having heard the distress call. The Gulls will become confused as they are unable to see what appears to be a natural predator. After a period of time therefore, the “Gulls” will stop circling, and start to drift away from the site.

• In the same way the birds have learnt over a period of time the location is a safe place to feed/shelter/nest, they now need to learn that this area is a dangerous place to be, by virtue of the regular, but not too frequent, distress call broadcast.

• Given the tenacity for nest protection, it stands to reason the problem of dispersing Gulls on a long term basis is best tackled before nesting commences

Individuals can be guilty of an offence under the Wildlife and Countryside Act, if any person intentionally:

• takes, damages or destroys the nest of any wild bird while that nest is in use or being built; or

• takes or destroys an egg of any wild bird.