Scarecrow were delighted to be given the opportunity to submit a piece to International Airport Review regarding the mitigation of Wildlife Hazards at airports, and the use of bio-acoustics as part of that process.

Please see the attached link for access to the full article

We are pleased to announce that the Royal Netherlands Air Force have signed a deal with Scarecrow Group to upgrade their existing bird dispersal/wildlife control products to the new Scarecrow B.I.R.D. Tab™ software, at all of its air bases in the Netherlands.

“We have worked closely with the Royal Netherlands Air Force since they purchased our original software system back in 2010. In the past 8 years, technology has evolved significantly and so our software has been developed further with more enhanced features and functions now included. We are pleased to be continuing to work with the Royal Netherland Air Force by rolling out our new software to all 7 of their airbases” Lee Pannett, Director – Scarecrow Group

Scarecrow have travelled to Stockholm, Sweden to provide an “Urban products” meeting for the Global Pest Control Company Anticimex , this was organised in conjunction with our long-standing exclusive Re-Seller in Sweden, Milluck.

It took place at the Nova Park Hotel where around 30 Anticimex staff from all over Sweden attended.

The main focus was on bird control and bird behaviour in relation to our Bio-Acoustic Dispersal systems, in particular we discussed the Pigeon, Corvid and Gull problems staff had  experienced and how the Scarecrow systems can be used as an effective dispersal method against these species. Furthermore, examples of different sites were shared and Scarecrow provided some practical tips that can be used by Anticimex staff when looking to implement our systems with their own clients. 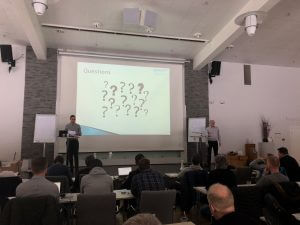 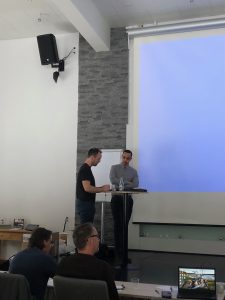