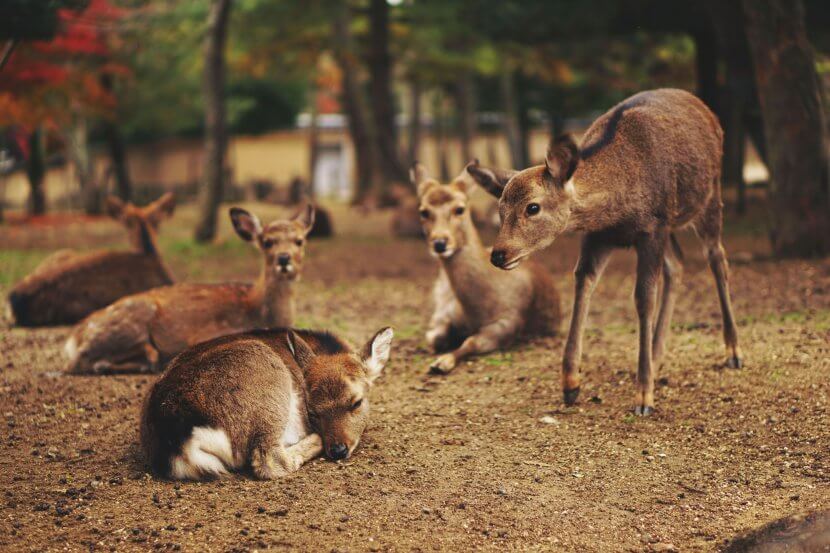 For most people, when there are wildlife threats to aircraft, they will tend to imagine geese, gulls, larks and pigeons, but the truth is there are plenty of potential threats from the non-avian sector. When planes are landing or taking off, ground-based animals can be the cause of a potentially dangerous situation, and here at Scarecrow we stress to all of our clients that birds are only one of several causes for concern.

With larger aircraft operating at major airports, a single mammal – especially a small one – may not be too much of a concern, but of course for lighter aircraft, any such creature could cause an accident. For more sizable planes, the problem is often exacerbated when bigger animals congregate in numbers. The likes of deer, moose, elks, buffalo and even bears will often gather in numbers, completely unaware of their surroundings at times.

Clearly, the danger brought by certain species will vary from one location to another. Bears might be a cause for deep concern in Vancouver, for example, but clearly won’t be a problem in Venice. As a general rule, the wide-open spaces of airport runways and surrounding areas won’t be of much interest to creatures searching for food on trees and bushes, but it can’t be denied that incidents can and will occur from time to time. Even if these animals are deterred by the overall terrain, they could of course be drawn closer by the availability of various forms of edible waste.

Most major airports of course will be ringed by perimeter fencing, but various animals have proved over the years that they can get over, under or past this obstacle. Away from the network of large facilities, however, there are a great many airports and airfields that have little in the way of perimeter fencing at all. In some instances, animals can simply wander on to the property at will. Knowing where they come from, what they do and what they are looking for is therefore a vital step in understanding how best to control their presence.

In the USA and many other parts of the world, the biggest non-avian danger is usually deer. It’s easy to imagine the damage that a full-size adult deer can do to a speeding light aircraft. Even smaller animals such as foxes and wild dogs can cause irreparable damage to nose cones, landing gear and the like. Here at Scarecrow, we are understandably keen to encourage the use of state-of-the-art monitoring and reporting equipment, in order to further the already-growing knowledge of wildlife habits.

The most common instances of wildlife damage suffered by planes involve cracked/broken windscreens, structural damage to the fuselage or landing gear and engine failure caused by ingestion. The severity of damage will depend on a number of factors, such as the size of the creature and the plane, the speed of the impact and the actions of the plane at the time of the incident. Clearly, the more airport managers can do to lessen the risk, the better it will be for passengers, crew members and airport employees.

Scarecrow’s innovative B.I.R.D. Tab represents a user-friendly way to monitor, record and report animal movements within the airport perimeter. It’s easy to use, and system training is available for those first getting to know the product. Effective use of this tablet will lead to the collation of crucial reports detailing wildlife movements and habits. It’s all too apparent that when we talk about avoiding wildlife strikes at airports, we’re talking about more than just the avian population. Thankfully, the focus in the aviation sector is on all types of animal strikes on planes. Here at Scarecrow, we are all too aware of the importance of this.