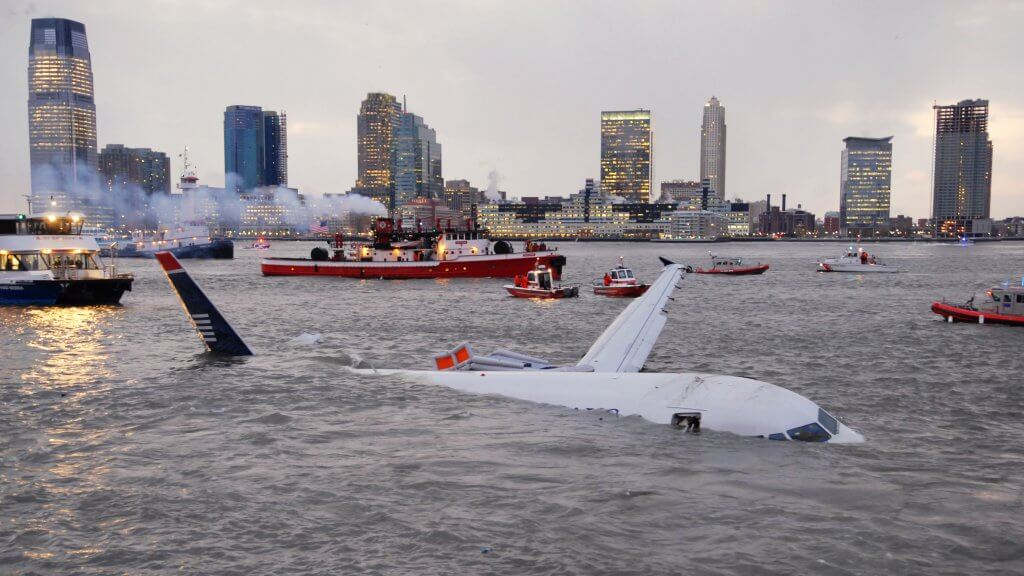 Today marks the 13th anniversary of one of the aviation industry’s infamous incidents, a potentially catastrophic event that ultimately led to a highly celebrated act of heroism. Flight 1549 took off from LaGuardia on this day in 2009 bound for Charlotte in North Carolina and what followed was as dramatic event.

Shortly after take-off, a flock of Canada geese came into contact with the plane, causing severe damage to its two engines. The plane lost thrust and attempts to restart the engines failed. It proved impossible to return to LaGuardia, so the Captain, the now-famous Chesley ‘Sully’ Sullenberger, informed air traffic control of his intention to attempt a water landing on the Hudson River.

As we all know now, he made the landing safely, aft-first, and despite some damage to the plane all 155 passengers and crew members evacuated. The Clint Eastwood movie Sully, with Tom Hanks in the title role, showcased the tensions on board in the aftermath of the bird strike and the calm, patient manner in which the Captain used all his skills and experience to avoid disaster.

The incident itself serves to highlight the continuing threat to air traffic by geese. Because of their size and tendency to fly in large flocks they offer a disproportionate hazard to planes across the world. Their population numbers are increasing, too, adding to an already serious issue. Many bird strikes occur close to airports, and as a result operators need to do all they can to minimise risk.

Practical and effective bird dispersal systems have become increasingly important in the aviation industry.  Bio-acoustic and radar technologies continue to serve the industry, designed to remove birds from the immediate vicinity and to monitor movements throughout the wider area. Safe and humane dispersal is a must.